Introduction to Geek Therapy
Skip to main content
Subscribe To All of Our Courses
Being a geek can be seen as difficult for many; the social awkwardness, ineptitude, and judgment from others leads individuals to feelings of isolation in a world of their own. Geeks, by traditional definition, are passionate about anthologies and characters from a variety of fictional, fantasy, and virtual formats that are sometimes niche or unpopular creating feelings of relatedness towards avatar experiences in an often lonely life. Yet there are even more morphings of the term Geek from a historical perspective, dating back to 1997 - most being identified with a negative connotation. However, with the rise of popular media over the past several years, (e.g. Big Bang Theory, Buffy The Vampire Slayer, Marvel’s Avengers, Anime, etc.) self-identification as being a “geek” or “nerd” has become more mainstream. Yet, even with the rise of cultural normalization and shows discussing “geek” items, there is still significant mystery surrounding geek culture that perplexes individuals who are not intimately familiar with them. Geek Therapy encompasses many different paradigms of thought, intellectual curiosities, and specialized interests outside of “normal” social conformity. This can range from the more well-known areas of video games, comic cons, and TV shows to the less well-known topics of board games and verbose fantasy novels. This training is a comprehensive compendium of how Geek Therapy clinicians and scholars currently use a variety of games, media artifacts, and other geek culture items in therapeutic context and intervention.
Yes! I Want To Learn About Geek Therapy! 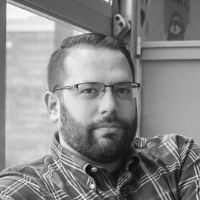 Dr. Anthony Bean is a Licensed Clinical Depth Psychologist, video game researcher, and the Executive Director at The Telos Project, a thriving nonprofit mental health clinic in Fort Worth, Texas which focuses on video gamers and their families. He has been consulted as an expert for CNN, Inverse, Polygon, and internationally for Gehirn & Geist, while also appearing on Radio, Podcasts, and being a sought after Keynote Speaker and conference speaker in the United States, Canada, and Russia. He holds a Doctorate in Philosophy in Clinical Depth Psychology from Pacifica Graduate Institute and specialize in the therapeutic implications of video games and gaming, working with children and adolescents, and the use of video game character identification as a therapeutic technique. He has also authored multiple academic articles, book chapters, and the two books Working with Video Gamers and Games in Therapy: A Clinician’s Guide (Routledge, 2018) and The Psychology of Zelda: Linking Our World to the Legend of Zelda Series (Ben Bella, 2019) while being active on twitter (@VideoGameDoc).
1650 West Rosedale Street, Suite 305, Fort Worth, Texas 76104 – (682) 231-2420
Website