Star Trek 101: Everything You Need to Know
Skip to main content
Subscribe To All of Our Courses
Star Trek, the 1966 science fiction television series, is much beloved by fans worldwide for themes that are quite familiar to most therapists: courageous personal discovery, unpacking moral quandaries, and seeking mutual understanding despite differences. Given the importance of these universal experiences, it is of little surprise that nearly 55 years -- and a multitude of spin-offs, books and games -- later, Star Trek maintains a solid foothold in our collective imagination. This training will introduce clinicians to the tenets of the Star Trek Universe, and important themes that can be applied to therapy.
Yes! I Want To Learn About Geek Therapy! 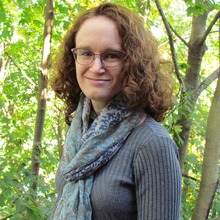 Kaitlyn Myers-Brooks is a Licensed Professional Counselor in Pittsburgh, Pennsylvania, working as a therapist and executive functioning coach at two private practices (Connection: Counseling & Consultation, Inc. and Paula Kauffman Oberly Counseling, LLC). She also serves at a local non-profit as a neurodiversity consultant, offering trainings to local employers and clinicians to help improve accessibility and support for neurodivergent employees in all aspects of the hiring process. She has previous experience working as a career counselor for clients with mental health diagnoses, where she developed her strengths-based, holistic approach that she brings to counseling, coaching, and consulting, offering a wide variety of trainings to college students, military and veterans, and disability activist groups on the intersections of mental health and professional life.
1650 West Rosedale Street, Suite 305, Fort Worth, Texas 76104 – (682) 231-2420
Website