The Gamer Stereotype: Fact or Fiction
Skip to main content
Subscribe To All of Our Courses
Concern about the potential impact of digital games on its players is as old as video games themselves. Once digital games expanded beyond the university labs where they were first developed, the attention they garnered from researchers and the press began to reflect a fear of this emerging media. Despite video games’ 40+ year history, the world of video games is seen as a treacherous place by many. This training will provide participants with a better understanding of the influence that digital games can have on players to better combat this panic with scientific rigor by providing attendees with a basic understanding of the scope of influence that digital games can have on players. By the end of the training, participants will have the tools to more effectively engage with their clients and the public discourse about video game effects.
Yes! I Want To Learn About Geek Therapy! 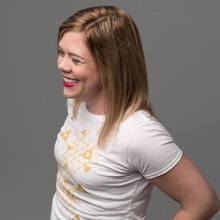 Rachel Kowert, Ph.D is the research director of Take This. She has published and spoken on a range of topics relating to the uses and effects of digital games, including its impact on physical, social, and psychological well-being. She has published several books and scientific articles relating to the psychology of games and, more recently, the relationship between games and mental health specifically. Her most recent book, A Parent’s Guide to Video Games, won an INDIES award in the science category. To learn more about Rachel and her work visit www.rkowert.com.
1650 West Rosedale Street, Suite 305, Fort Worth, Texas 76104 – (682) 231-2420
Website